City in the Sky (Paperback) 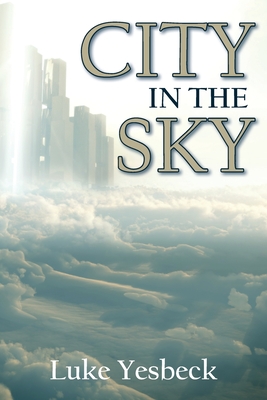 For Ryan Kendrick, being mugged on the way home from work is the perfect end to another terrible day. So when a stranger appears just hours later with a job offer from a mysterious organization, Ryan accepts without knowing anything more than the company's name: Atlantis Technologies, Inc. But Atlantis is no ordinary company. In fact, it's not a company at all-it's a civilization.

Atlantis, thought to be long lost to legend, has been hiding in plain sight for millennia, and Ryan has been offered a chance to be part of it. Now, Ryan must adapt quickly to life on a city floating thousands of feet above the Atlantic Ocean, where telepathy and flying soldiers are commonplace. But even as he makes friends and strives to build a life for himself in this new world, Ryan soon realizes that Atlantis is not quite the utopia it claims to be.

And far worse, an ancient enemy known only as the Order has finally emerged from the shadows, vowing to destroy the Atlantean way of life. The Order sank Atlantis once before, thousands of years ago. Now, Ryan must do what he can to protect his new home and stop the Order from doing it again-this time permanently.