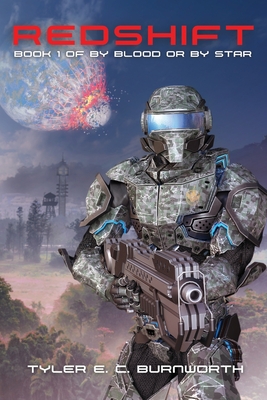 Military Sci-Fi with a Twist

The Shadow Man was there when Milune was destroyed, wielding a power that ordinary folk should not behold. But frightened children are rarely believed.

With Abraham's mother dead, his father tries desperately to build his sons a new life on a new world. There are friends, enemies, romances, and the usual embarrassments of teenage years. But Abraham dreams only of revenge - against the vile riskar, destroyers of Milune.

Enamored by tales of the great campaign against the riskar, Abraham signs up, the realities of war and the dynamics of camaraderie molding a simple farmboy into a deadly and intuitive soldier.

But there are truths still to emerge, and The Shadow Man is no longer the distant memory of a frightened child. Nor does he hover at the edges of Abraham's dark dreams.

In fact, he is much closer than Abraham could have imagined.