The Joy Brigade (A Sergeants Sueño and Bascom Novel #8) (Paperback) 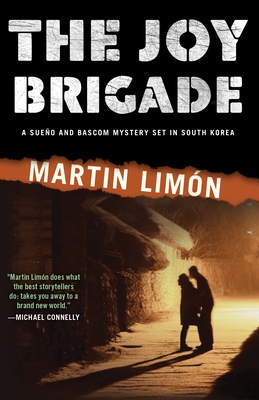 This is book number 8 in the A Sergeants Sueño and Bascom Novel series.

In this pulse-racing ninth adventure, Sergeant George Sueño heads north of Korea's DMZ on a mission to prevent war between the Communist North and the American-allied South.

Seoul, early 1970s: US Army Sergeant George Sueño is on a mission of extreme importance to the South Korean government, as well as the US Army. Kim Il-Sung has vowed to reunite North and South Korea into one country before he hands control of the government over to his son, which means North Korea is planning to cross the DMZ and overpower the American-allied South Korean government. Sueño's mission is to prevent this by sneaking into North Korea and obtaining an ancient map detailing the network of secret tunnels that run underneath the DMZ. To do so, he will have to go undercover and infiltrate the North Korean Communist inner sanctum.

Aware of the often dubious nature of the US Military's tactics, Sueño is skeptical about his assignment. But he has other things on his mind. The keeper of the map is Doc Yong, a former lover of Sueño's who was forced to flee South Korea the year before—and she has a son. Before they can be happily reunited, the plan falls to pieces, and Sueño is captured. Can he rely on the enigmatic Hero Kang, his sole contact in the hostile country? Will the lovely Rhee Mi-Sook, the leader of the North Korean secret police, be too much to handle? And who are the mysterious group of women known as the Joy Brigade?

Martin Limón retired from military service after twenty years in the US Army, including ten years in Korea. He is the author of eleven novels in the Sueño and Bascom series, including Jade Lady Burning, Slicky Boys, and Ping-Pong Heart, and the short story collection Nightmare Range. He lives near Seattle.

Praise for The Joy Brigade

"This is a terrific series of historical mysteries, and The Joy Brigade is a very good entry . . . The emotional, and really quite thrilling, rollercoaster ride that George Sueño takes on his journey is shared with the reader from start to finish."
—Mysterious Reviews

“Limon delivers all the thrills and intrigue a story like this promises, as well as a look at North Korea during the period.“
—Mystery People