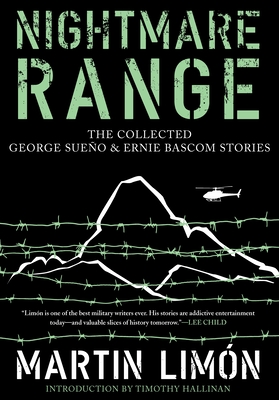 By Martin Limon
$14.95
This book is either backordered or a preorder! Please email for more information

"Limón, who was stationed in Korea for the Army, writes with empathy for the Korean people as well for the young GIs dropped into a foreign culture.” —Boston Globe

Twenty years ago, Martin Limón published his first mystery story featuring Sergeant George Sueño, a young Mexican American army detective stationed on the US 8th Army base in South Korea in the early 1970s, the heart of the Cold War. George and his investigating partner, the rowdy and short-fused Sergeant Ernie Bascom, are assigned cases in which the 8th Army has come into conflict with local Korean law enforcement--often incidents in which American soldiers, who are not known for being on their best behavior in their Asian host country, have committed a crime. George Sueño's job is partially to solve crimes, but mostly to cover top brass's backside and make sure the US Army doesn't look bad. Thoughtful, observant George, who is conversant in Korean, constantly faces difficult choices about whether to follow his orders or his conscience.

Nine critically acclaimed novels later, Soho Crime is releasing a collection of Martin Limón's award-winning short stories featuring Sergeants Sueño and Bascom. The stories within have been published over the last twenty years in a variety of magazines, mostly in Alfred Hitchcock, but have never before been available in book form.

“Limón has proven himself to be a sensitive observer of the darker angels
of human nature and a skilled weaver of mystery . . . It’s Limón’s intimate
knowledge of his source material, from the brothels and bars to the vicissitudes
of the local police forces, that make this collection worth reading.”
—NPR

"Limón, who was stationed in Korea for the Army, writes with empathy for the Korean people as well for the young GIs dropped into a foreign culture.”
—Boston Globe

“Martin Limón gets the U.S. Army right on every page: the language, the
details of assignment and training, the subtle differences of rank, the drinking
and gambling, all of it.”
—The Veteran

"[Combines] the grim routine of a modern police procedural with the cliff-hanging action of a thriller movie."
—Wall Street Journal

"Nobody navigates the barely controlled chaos of Seoul's red light district like these two—or the byzantine ways of Army bureaucracy, for that matter. Limón's empathy for Korean culture, meanwhile, makes him and excellent guide."
—Seattle Times

"Excellent . . . A vivid view of Asia, from the Demilitarized Zone to the Yellow Sea, and an insightful look at the era."
—Publishers Weekly, Starred Review