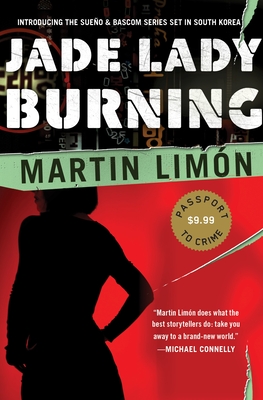 This is book number 1 in the A Sergeants Sueño and Bascom Novel series.

A New York Times Notable Book of the Year

Almost twenty years after the end of the Korean War, the US Military is still present throughout South Korea, and tensions run high. Koreans look for any opportunity to hate the soldiers who drink at their bars and carouse with their women. When Pak Ok-suk, a young Korean woman, is found brutally murdered in a torched apartment in the Itaewon red-light district of Seoul, it looks like it might be the work of her American soldier boyfriend. Sergeants George Sueño and Ernie Bascom, Military Police for the US 8th Army, are assigned to the case, but they have nothing to go on other than a tenuous connection to an infamous prostitute. As repressed resentments erupt around them, the pair sets out on an increasingly dangerous quest to find evidence that will exonerate their countryman.

Martin Limón retired from military service after twenty years in the US Army, including ten years in Korea. He is the author of eleven novels in the Sueño and Bascom series, including Jade Lady Burning, The Iron Sickle, The Ville Rat, and Ping-Pong Heart, as well as the short story collection Nightmare Range. He lives near Seattle.

"It is not often that so impressive a debut as Jade Lady Burning appears . . . Compassionately written, searing in its intensity. Without ever trying to be 'literary,' this novel achieves the stature of literature."
—The New York Times Book Review

"[George] has a detailed eye that allows the reader to fully appreciate the people and places around him without feeling bogged down with descriptions. This is a story that twists and turns . . . It’s realistic and fun, but doesn’t shy away from the reality of their situation. Definitely something to check out!"
—The Tulsa Examiner

“What a great gift any of Limon's six mysteries starring Army Sgts. George Sueno and Ernie Bascom would make for those mystery lovers who haven't yet discovered them! . . . Imbued with affecting characters, a morally knotty storyline, and a last chapter that just plain stuns.”
—Maureen Corrigan, NPR