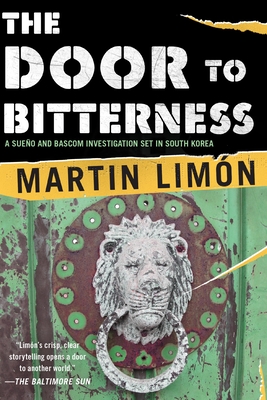 This is book number 4 in the A Sergeants Sueño and Bascom Novel series.

Seoul, 1970s: As North Korea menaces and Vietnam burns, US 8th Army CID agent Sergeant George Sueño and his partner, Ernie Bascom, weave through back alleys and bordellos, trying to tip the scales of justice back in the right direction. This time, they’re not just pursuing criminals—they’re chasing themselves. Homicidal thieves have gotten hold of George’s badge and are using it to trick their victims for just long enough to strike—with his gun. The army wants the equipment accounted for, and the ID and weapon recovered. George and Ernie want to salvage their reputation, such as it is—and to stop the cold-blooded killings being committed in their names.

Martin Limón retired from military service after twenty years in the US Army, including ten years in Korea. He is the author of ten books in the Sueño and Bascom series, including Jade Lady Burning, The Iron Sickle, The Ville Rat, and Ping-Pong Heart. He lives near Seattle.

Praise for The Door to Bitterness

“Limón’s crisp, clear storytelling opens a door to another world and leaves one hoping the next installment won’t be so long in arriving.”
—The Baltimore Sun

“Plot, pacing, and plausibility are just about perfect . . . Limón has a humane outlook that nourishes the spirit.”
—The Philadelphia Inquirer, Editor’s Choice