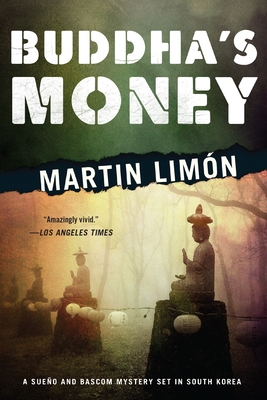 This is book number 3 in the A Sergeants Sueño and Bascom Novel series.

This grisly, terrifying thriller follows CID Agents George Sueño and Ernie Bascom across the Korean Peninsula in their search for a lost artifact

South Korea, 1970s: Retired Army officer Herman Burkowicz has quite a lucrative setup smuggling rare Korean artifacts. But then his nine-year-old foster daughter, Mi-ja, is abducted, and her kidnappers demand a ransom Burkowicz doesn’t have: a priceless jade skull from the age of Genghis Khan. Sueño and Bascom—more accustomed to chasing felons and black marketeers in the back alleys of Itaewon than ancient treasures—go in over their heads as they agree to search for the skull, a journey that will lead them to a crime that threatens the fragile peace between South Korea and the US Army units living on its Korean soil.

“The locations . . . are as amazingly vivid as ever, and his wild men heroes are just as good company.”
—Los Angeles Times

“Fast and confident . . . Well-drawn and vivid.”
—The Seattle Times