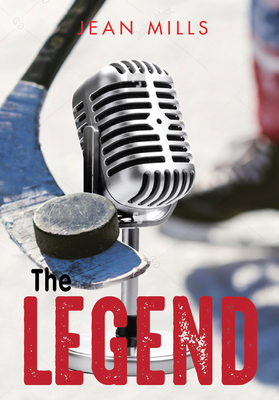 By Jean Mills
$14.95
This book is either backordered or a preorder! Please email for more information

Hockey player Griffin Tardiff is starting Grade 11 in a new school, new home, new town. He has not been able to play hockey for months because of a broken arm and now is also cut off from his hockey friends and his on-again, off-again girlfriend. Floundering to find a new focus, he gets an opportunity for school credit to work at the local radio station with the hockey guy. It's a break (no pun intended) that fits with his abilities as a writer and his fascination with the game. It's not long before he has made a strong positive impression.

In his new neighborhood, Griff befriends a young boy, Noah, as he practices his ball hockey shots in the driveway. The boy would love to be a hockey player but his mother has vetoed that because of the costs of the hockey program. And Noah's older sister does not seem interested in encouraging her brother or in the older boy who has become a mentor to Noah. Then one night, Noah bursts in to Griff's home terrified because of something that has been happening at his home. Now Griff must face a complicated reassessment about his radio station mentor and several aspects of his new life. Jean Mills' astute insights into the hockey world as well as her ability to penetrate the emotional lives of teenagers makes this a compelling page-turner.

Jean Mills is the acclaimed author of Skating Over Thin Ice and Larkin on the Shore. She lives near Guelph, Ontario.