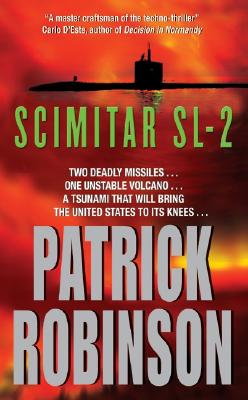 By Patrick Robinson
$7.99
This book is either backordered or a preorder! Please email for more information

The master of naval thrillers returns with his most shocking “what if?” scenario yet: a terrorist hatches a bold plan to blow up a volcano—and devastate America

In the Canary Islands, in the southwest corner of the island of La Palma lies the massive crater of the volcano Cumbre Vieja. Scientists theorize that one day the volcano will explode. Nine hours after eruption a mega-tsunami with waves of more than 150 feet in height will crash onto American shores.

Now, what if something sent a nuclear missle into the volcano and blew it up? Ravi Rashood—America’s nemesis who first sprang on the scene in Barracuda 945 and is the most wanted man in the world—has hatched this diabolical scheme that will destroy cities from Miami to DC to Boston and all the cities in between. United States Admiral Arnold Morgan battles his greatest enemy yet, and races against time to stop Rashood before the unimaginable happens. With his trademark authentic research, military hardware, grasp of geopolitics and now cutting edge science, Patrick Robinson is at the top of his game with this new tale that you pray will never happen.

Patrick Robinson is the author of seven international bestselling suspense thrillers, including Nimitz Class and Hunter Killer, as well as several nonfiction bestsellers. He divides his time between Ireland and Cape Cod.